The objectives of this non-profit club are to further the advancement of all breeds of purebred dogs, to do all in its power to protect and advance the interests of the United Kennel Club (UKC) sanctioned conformation dog shows and performance events, and to encourage good sportsmanship at such shows.  Further objectives are to hold licensed UKC events that will be run in accordance with the rules, policies, and procedures of the UKC.

Trail Ridge Kennel Club's first UKC Conformation Shows were held in May of 2013 in the town of Berthoud, Colorado.  In 2017, the Conformaiton Shows were moved to Johnstown, Colorado.

There are 374 breeds that UKC recognizes which can be shown in UKC Conformation Classes. 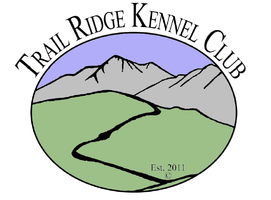